In tennis there was Lew Hoad and Ken Rosewall.
For five straight years, beginning in 1952, Hoad was ranked in the world top 10 for amateurs, reaching the World No. 1 spot in 1956. Hoad was a member of the Australian team that between 1952 and 1956 won the Davis Cup four times. He turned professional in July 1957.
Kenneth Robert ("Ken") Rosewall was another “Aussie” tennis player from that same era and he is considered to be one of the top male tennis players of all time.

Also in  the 1950's a pair of "youngsters" burst on the scene in The Big Apple. Both were immense talents, both fierce competitors, and both small-town boys who would span decades together as friends. They would reach the pinnacle of the sport achieving world-wide fame and each being inducted into The Hall of Fame in Goshen, N.Y. 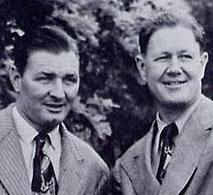 When they finally exited the car he gritted his teeth and growled under his breath “Gr-r-r-r… The Gold Dust Twins.”
“What’s that?” I asked.
“They were on the radio 40 years ago,” was the only explanation he offered.
“Oh,” I shrugged with a smile, "40 years ago." And then I went outside to help with the groceries.
Unbeknownst to Dad or me on that day almost 50 years ago he had just given me an example of a sobriquet (SOH - bri - kay) which is a fancy word for a nickname. It is familiar enough that it can be used in place of a real name without the need of explanation.

The Gold Dust Twins was one such sobriquet that is usually attached to any two competitors and it very often is used in sports.
But who were the original Gold Dust Twins?

In 1975 a pair of rookies came on the field at Fenway Park in Boston and lit up the sports pages - and everyone's pennant hopes - with their play.

While they were good friends off the track and even traveled via plane and helicopter to their racing venues, they remained fierce competitors throughout their stellar careers.
As another Hall-of-Famer once put it: “I don’t have any friends or relatives when I’m on the racetrack.”
To see them in competition against each other was a lesson in the Mastery of the Sport. 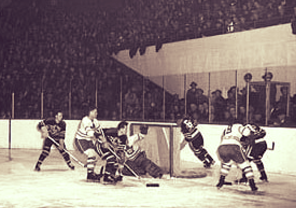 In the early 1960's there were another pair that was called the Gold Dust Twins only this time in football: Donny Anderson and Jim Grabowski.
Donny Anderson began his NFL career in 1966 for the world champion Green Bay Packers under coach Vince Lombardi. Fellow All-American Jim Grabowski, a fullback from Illinois, was the Packers' first pick in the 1966 NFL Draft, and ninth overall. The pair were the projected successors of Paul Hornung and Jim Taylor, future hall of famers in their final season with Green Bay. The two rookies were on the College All-Star team that lost to the NFL champion Packers 38–0 at Soldier Field in Chicago, and they joined the Packers' training camp after the game, and they were tabbed the "Gold Dust Twins." 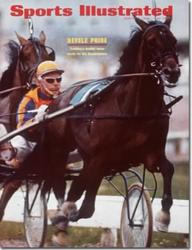 There had already been a movie called Rafferty and the Gold Dust Twins  that came out in 1973 starring Alan Arkin as Rafferty and Sally Kellerman & McKenzie Phillips as The Gold Dust Twins. The movie was sort of a Thelma  and Louise meet Happy Gilmore.
Also in 1973 Las Vegas was witness to a remarkable run by Chip Reese and Danny Robison. On a weekend getaway vacation, with a combined bankroll of $800, they played poker in 12-hour shifts and in two and a half years [quite the long weekend getaway] won over $2,000,000.

And the old-school players dubbed them "The Gold Dust Twins."

In Canadian Football, eh, there was Royal Copeland (1924 – 2011) who was a running back from 1945 to 1956. He became a member of the Canadian Football Hall of Fame in 1988. Along with Joe "King" Krol (1919 – 2008) a quarterback, running back, defensive back, and placekicker/punter from 1942 to 1953 [considered as possibly the most versatile player in Canadian football history they too were known as the Gold Dust Twins. 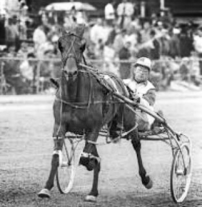 DUSTED:  In Search of the Original Gold Dust Twins...

They  were “before my time” (as everyone always says to me) but I do remember when I first heard the term: it was one afternoon in my yout’ when we were waiting for Ma and Granny to return from one of their “excursions.”
Pa had been rattling his feed tub pretty bad and was pacing back and forth in front of the living room picture window as they pulled into the driveway .

When Harness Racing was dubbed “America’s Fastest Growing Sport” in the late `50’s they were 1-2 and 2-1 in money earnings as they exemplified class and finesse in campaigning their stables. The Press proclaimed them “Harness Racings' Gold Dust Twins” as they each established new World Records year after year. 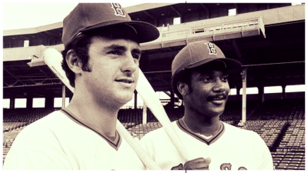 Both were in their early twenties and both were exceptional talents: Fred Lynn and Jim Rice. Lynn would be the first Rookie of the Year to also be named as Most Valuable Player while Rice was starting a 15-year-career as a powerhouse slugger that would eventually end him up in the Baseball Hall of Fame.
They were dubbed The Gold Dust Twins by a writer in a local rag.
Not too original, I might add. 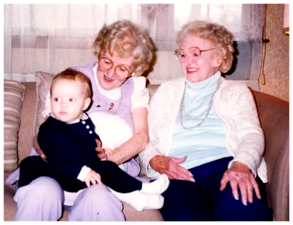 In 1944, when winners were paid in war bonds, McSpaden won $23,855. He claimed to have cleared less than $150 when he cashed them in. McSpaden's winnings that year were second only to Nelson's record $37,967 worth of bonds.
1945 is now known as the greatest single year by a player on the PGA Tour, as Arnold Palmer said: "I don't think that anyone will ever exceed the things that Byron did by winning 11 tournaments in a row in one year." Tiger Woods referred to the year as "one of the greatest years in the history of the sport."
The record is still yet to be beaten.

But years before Haughton and Dancer, between 1942 and 1944 Harold "Jug" McSpaden and Byron Nelson made 110 golfing exhibition appearances for the Red Cross and USO. Because of their consistent one-two finishes at these charity events they were together referred to as the "Gold Dust Twins." 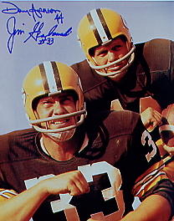 Billy Haughton [1923-1986] was born in Gloversville NY and honed his talents at the county fairs and Saratoga Raceway in the `40’s before arriving at Yonkers.
Stanley Dancer [1927-2005] called New Egypt, NJ [population 800] his home base. While he reached the absolute upper stratosphere of harness racing he always returned to his immaculately-manicured 160-acre farm on Archertown Road.
Haughton and Dancer literally dominated the harness racing starting in the 1950's.