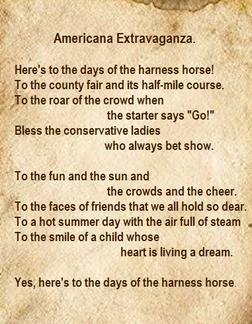 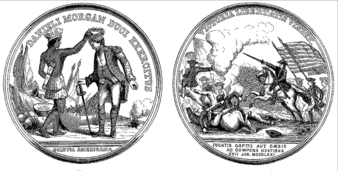 Attica was named after the town in New York of the same name which was named for the region in Greece. The Fair started in 1877 and has not had any gambling since the beginning. It prohibits "French pools" which was what pari-mutuel wagering was originally called as it began in Paris. Rumor is that pari-mutuel is French for "give me all your money." 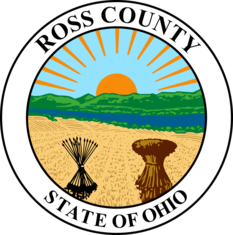 Lebanon was settled in 1796 by Ichabod Corwin and is home to The Golden Lamb, the oldest Inn in Ohio which has been visited by 12 Presidents and a host of luminaries such as Twain, Dickens, & Daniel Webster. Warren County is named for Dr. Joseph Warren of Roxbury MA who was killed at the Battle of Bunker Hill in June of 1775. He was the man who sent Paul Revere on his famous ride in April 1775.

The upscale city of Hilliard began as Hilliard's Station when Illinois civil engineer John Reed Hilliard bought ten acres of land along the Piqua & Indiana Railroad line in 1852 and put 3 boxcars together. As the village grew he bought more land and would sell it to only folks who "took the pledge" and vowed to abstain from intoxicating liquors.

Ironically Benjamin Franklin, for whom the County is named, suffered from the Gout due to his excessiveness with rich food and Madiera wine. 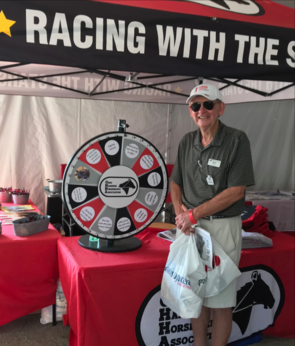 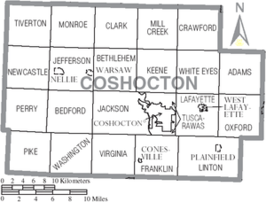 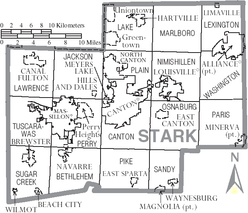 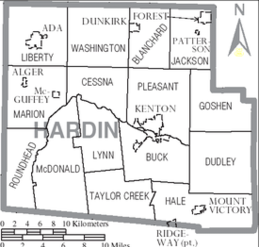 Madison County, established in 1810, was named for President James Madison "the Father of the Constitution" who served from 1809 to 1817.

Rumor has it that as a congressman he met widow Dorothea Payne Todd, an effervescent beauty, who began the conversation with a sultry "hello Jim."

He took one look at her and said...

​A gregarious innkeeper, "Old Put" enlisted as a private in Rogers Rangers at the age of 37 and rose through the ranks. He was in command at the Battle of Bunker Hill in Charlestown, MA in 1775 & it was Putnam who told William Prescott to order his men "don't fire until you see the whites of their eyes." He died in Brooklyn CT in 1790 at the age of 72.

Located on the upper Sandusky River the town was the last reservation of the Wendat (Huron) people before they were forced out west of the Mississippi in 1842.

General Francis Marion [1732-1795] was born in Berkeley County, S.C. and served from  1754-1763 in the French-Indian Wars. He sided with "the Rebels" when the Declaration of Independence was read in 1776. Known as the "Father of Guerrilla Warfare" he is remembered as "The Swamp Fox" for his tactics against the British.

William Mann: all the way from Sydney NWS Australia.

Bellefontaine is French for "Good Fountain" (good spring) as there were a lot of them in the area. 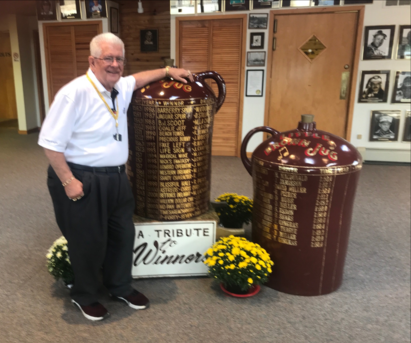 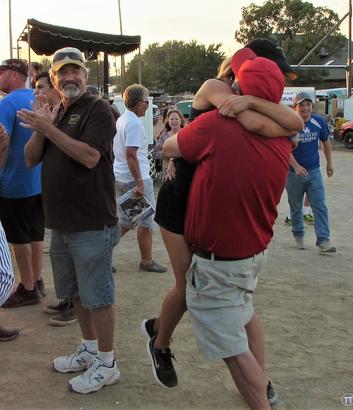 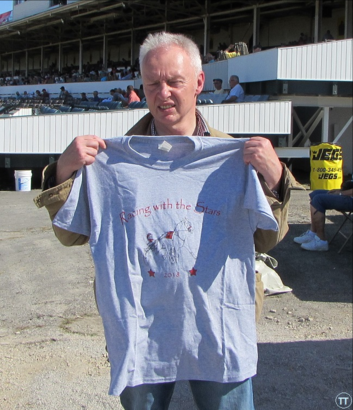 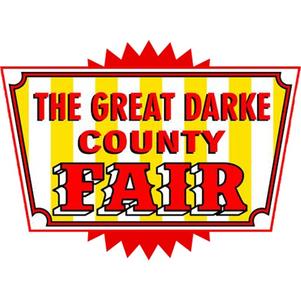 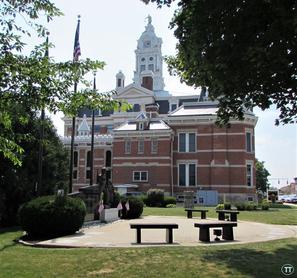 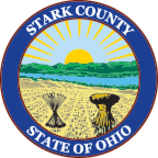 Shelby County was named after the first governor of Kentucky Isaac Shelby (1750-1826) who was a noted "Indian fighter" that led expeditions into the Ohio Country. The city of Sidney takes its nomen from Sir Philip Sidney (1554-1586) who was a very popular English poet, author, diplomat and soldier during the Elizabethan Age.

Roger Huston: 51 years of the Jug and counting. 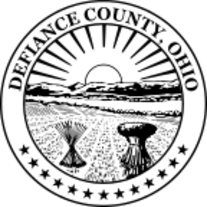 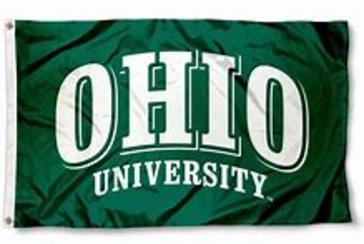 Seneca County began in 1820 and the name is derived from the Seneca tribe of the Six Iroquois League of Nations who inhabited the area from Ontario Canada downward. Edward Tiffin (1766-1829) was Chillicothe's first doctor and was instrumental in Ohio obtaining statehood in 1803. He became the State's first governor and served as the first commissioner of the General Land Office. He also was instrumental in stopping Aaron Burr's treasonous plot of planning to make the Southwest a separate country.

Commodore Edward Preble (1761-1807) was born in Maine and fought with distinction during the Barbary Coast Wars (1801-1805) in the Mediterranean.

The county seat of Eaton honors Consul General William Eaton (1764-1811) who led the U.S. Marines "from the Halls of Montezuma to the shores of Tripoli." 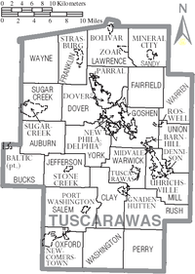 Auglaize means "at the clay licks' which attracted many animals to the area for their salt. More animals brought more people and the area had been settled for thousands of years by Native Americans.

Wapakoneta literally is "place of the white bones" which were the mammoth skeletons that were once abundant in the area.

Oak Harbor's Fairgrounds is located alongside the Portage River which flows through town on its 41-mile way into Lake Erie. Early settlers name it Portage due to the fact of its shallowness and goods had to be carried by hand. Ottawa comes from the Native American "Odawa" tribe which means "trader."

Fairfield County, named after the Fairfield district (because of its fair fields) in Lancaster, England, once included the counties of Knox, Hocking, Licking, Perry, and Pickaway.

When Ebenezer Zane (1747-1811) carved out his "Trace" in 1797 from West Virginia to Kentucky he was awarded mile-square tracts of land at the rivers he crossed and Lancaster, situated along the Muskingum River, was founded in 1800 three years before Ohio became a state. The original name was New Lancaster as most of the German-American settlers came from that town in Pennsylvania. 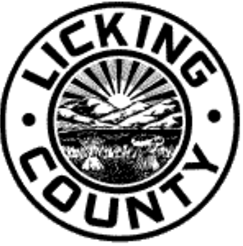 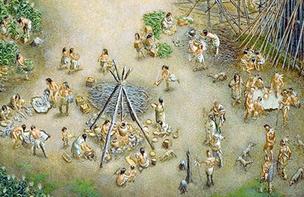 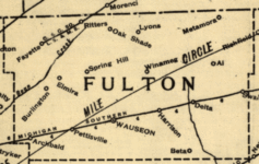 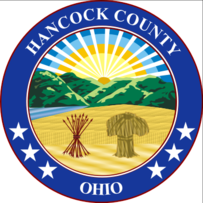 Located in scenic Wellston, Ohio (22 mile SE of Chillicothe) it is known as "The little Wales of Ohio" due to a lot of mining activities years ago of which its founder Harvey Wells (1846-1896) began in his newly-created town in 1873.

The County is named after "Old Hickory" (General Andrew Jackson) and the all-volunteer staff do their best for everyone involved.

Until 2002 Washington Court House was officially known as the City of Washington as its first settlers in 1810 had served under the General in the Revolutionary War. The Court House is a prominent structure in town. The other town of Washington (in Guernsey County) was then renamed "Old Washington."

​The county is named in honor of the Marquis de Lafayette (1757-1834) who commanded American troops under General Washington.

General Richard Montgomery (1738-1775) lead the American invasion into Canada during the Revolutionary War. He captured Montreal but was killed in the failed attempt on Quebec City.

​Jonathan Dayton (1760-1824) of New Jersey was the youngest signer of the Declaration of Independence in 1776. Served with distinction throughout the War and in Congress. Once owned in partnership over 250,000 acres in the Miami Valley Basin but never set foot in Ohio.

David Williams (1754-1831) who, along with John Paulding and Isaac Van Wart, captured British spy Major John Andre in Tarrytown, NY  and thwarted General Benedict Arnold's plan to surrender West Point to the British. The three were hailed as national heroes and awarded medals, pensions, and land for the service to their country. The three counties in Ohio (Paulding, Van Wert, and Williams) are named for them.

The city of Bowling Green, Ohio was first settled in 1832 and named by a postal worker who once worked in Bowling Green, Kentucky named for the park in New York.

Captain Eleazer Wood (1783-1814) built the defenses in NY harbor during the War of 1812. Fort Wood on Bedloe's Island was named for Colonel Wood who was killed in the Battle of Niagra. Fort Wood's stonewalls became the base of the Statue of Liberty.

Morgan County is named after General David Morgan (1736-1802) an American Patriot who once survived 499 lashes by the British during the French-Indian War as punishment for his superior officer's incompetency.

Pickaway County was named for the Pekowi tribe of the Shawnee Indians who inhabited the area up until the 1830's. 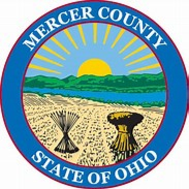 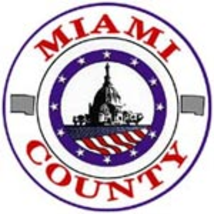