Trevor and Katie matched him stride for stride as they hopped and jumped and yelled in tandem to the wire and Nugget came from behind and won to the roar of his supporters. Everyone cheered and high-fived each other and slapped each other on the back.
It was a day that would be recalled quite a few times and has since become part of the family folklore.

“It was the greatest race ever!” Betty would say. “That’s what we were hoping our grandson would get to see: How beautiful racing horses are and how much fun and what a thrill it is to watch these wonderful, powerful creatures. Trevor and Katie just loved it!”

With graduation they looked for and found work in Columbus and Pres and Betty Hopper began Life's journey together on June 28th, 1958.
The young couple would move to Dayton to start their careers, built their first house in New Lebanon, and with daughters Linda Anne and Rebecca Lynne, would build a new home in Tipp City five years later in 1968. 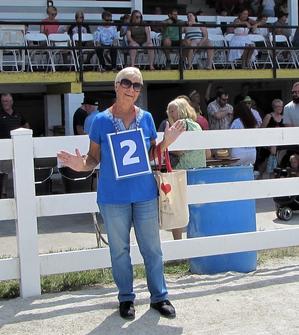 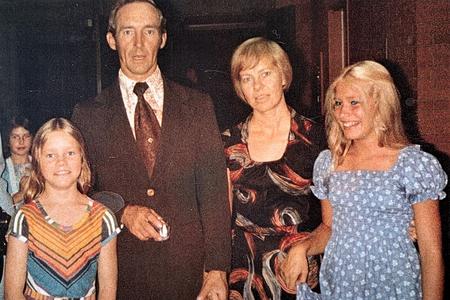 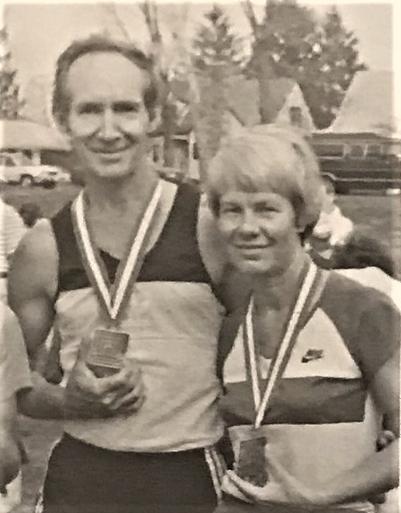 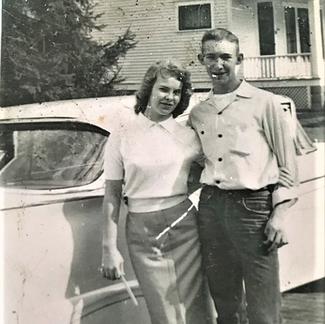 In 2016 they decided to see some of Ohio's Fairs and fell in love with the excitement. Now, instead of being the competitors they could watch the horses compete! They started at Miami County and have expanded their 8,000 plus mile tour to include Clinton,

Betty would have three sisters and two brothers while Preston's squad consisted of four brothers and five sisters. His earliest memories of the Fair would be rushing to get the chores done - and there were plenty of them - in time so they could pack a picnic lunch and watch the harness races.

At age 35 Preston decided to take up jogging and several years later Betty - seeing the improvements in his health and wellbeing - joined him. They became gold medalists in the 5k and 10k marathons for their age group and division numerous times and competed for three decades.

Betty's most vivid memory was going on the carousal with her aunt and holding onto the brass rail for dear life as it spun her around. This would be the same little kid who would climb every tree and barn rafter to get out onto the rooftops.

Their farms were 20 miles apart in the sparsely-populated county and they each attended 4-room elementary schools with two classes in each. They did not meet until high school as sophomores and then began dating. 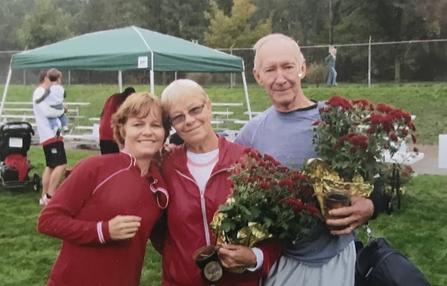 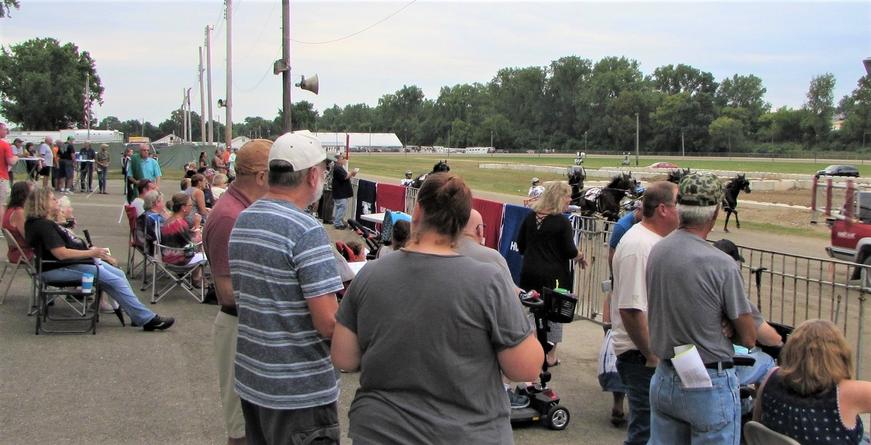 After a day of 9 wins out of 11 races Pap studied the final contest and said "Nugget will win this!"
"Who?" they asked questioningly as they looked at the unimpressive lines in program.
"Nugget will win," Pap assured them.
"Pap likes Nugget," called out Trevor to their followers. "Chicken nugget," he added with a laugh as the race went off.

​   The horse got away a nondescript seventh but then as the race unfolded he started to pick up horses. By the time the field hit the top of the stretch he had wove his way into contention and was under a drive. 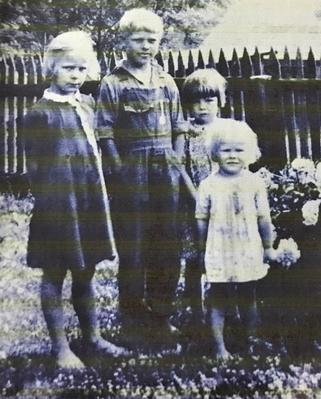 Crediting the two as his "good luck charms" Pap had a day and picked the first seven races in a row. Their enthusiasm was contagious and with each win the growing crowd would ask "Hey young fella, who does Pap pick in here?"
"Pap likes..." Trevor would announce and the group of supporters would lean in to catch the name.

Since they were always there to cheer the girls on in their sports and other social endeavors, it was only fitting that their youngest daughter Becky would become their biggest supporter to cheer them on.

And, even though they eventually retired from competitive marathon running 12 years ago, they kept themselves on the go with biking, home repairs, and following the four grandchildren (Bryce, Jurney, Grace, and Trevor) sports and school stuff.

"After all," Betty would grin, "why should they have all the fun?" 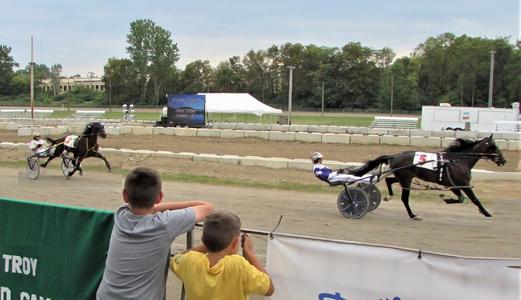 A couple of years ago, after being the recipients of their grandparents prizes won from the various fairs that included tee shirts, hats, tote bags etcetera, etcetera and hearing all the hoopla about Pres always picking winners, Trevor and his girlfriend Katie accompanied "Pap" and “Mamaw” to the races at the Miami County Fair.