The 136 Breeders Crown Horses and their Houses in the Sky

We've all heard the hype about not buying "a late foal" BUT let's look at Saturday's Breeders Crown from Canada... 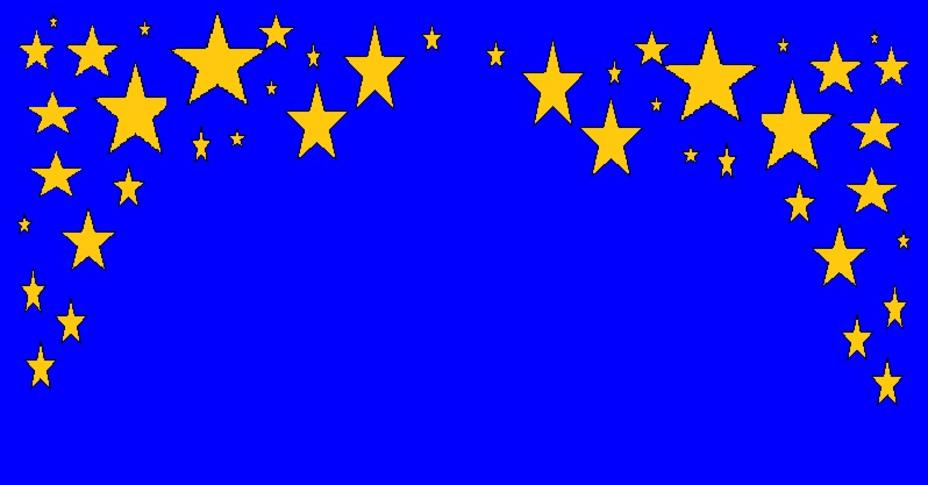 Signs of the Time...  So you're armed with all the times and stats, the breeding, the conformation, the work regimentation, the feed, the drivers, the trainers, even the caretakers BUT you still want that "edge" when you go to the Sales: the foaling dates of the Breeders Crown Winners!

We'll go even one step further for you...

here's their days and the Lucky celebrities as well...

There are five [5] Starters foaled in the January with the earliest being Nvestment Bluechip on the 19th, the birthdate of both Edgar Allen Poe [1809] and Robert E. Lee [1807]

Fifteen [15] Starters arrived in February of which Bee A Magician shares the 1st with Clark Gable..."frankly my Dear, I don't give a damn!"

March produced thirty three [33] foals including Pinkman on the 20th and Mister [Fred] Rogers  in 1928... a really nice neighborhood!

It was  April Love as the highest number [44] of Starters arrived. Bax of Life appearance on April 16th was also Charlie Chaplin [1889] ... now there's a fella who could throw some steps in!

The warmth of May heralded in twentynine [29] of tonight's Stars as Wakizashi Hanover was foaled on May 1st. Sharing his spotlight is Miss Kate Smith born in 1907... who reminds us "it ain't over `til it's over." No, that was Yogi Berra who said that... also born in May [the 12th]...

And the last but not least of our Cavalcade of Stars were the two [2] the started their careers in June, the lastest of which is Spider Man Hanover on the 12th. That happens to be the foaling date of Jim Nabors in 1930. He would rise to fame as Gomer Pyle... GOLLLLLEEEE!

In 1792 with the formation of the 15th State of Kentucky, the upper half became known as The Northwest Territories.

Campaigning at the Grand old tracks such asNarragansett Park, Lincoln Downs, and Spencer Fairgrounds it was rumored that she could cold-pack one with the best of them. Often racing up to six horses with one set of harness and one set of hopples she was never late for a post parade and was usually the very first one off  the grounds when the night was done. 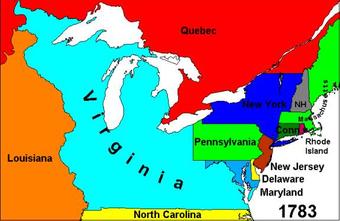 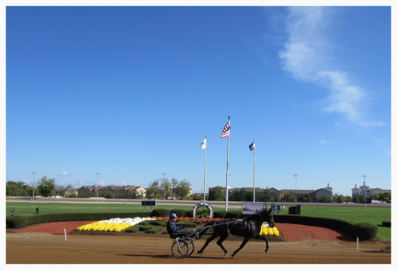 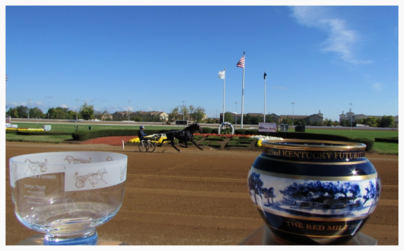 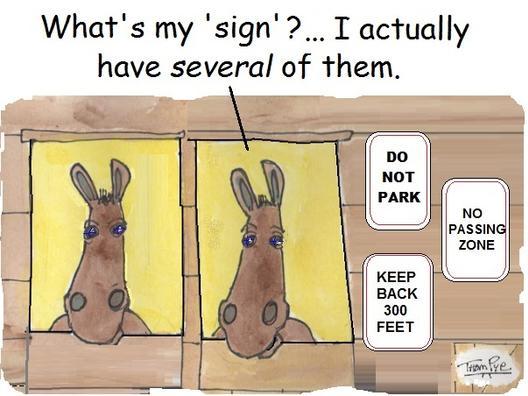 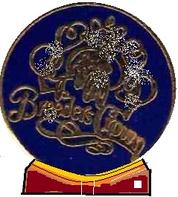 FROM THE HORSE COLLABORATIVE 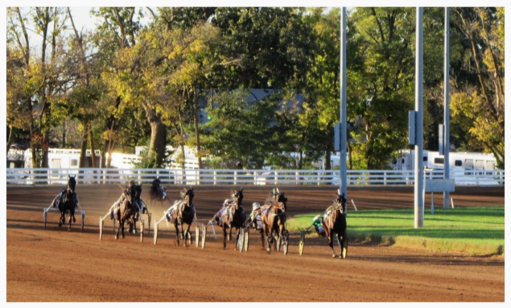 Rumor has it that they were REALLY surprised when they found that the Restrooms were usually out of order! 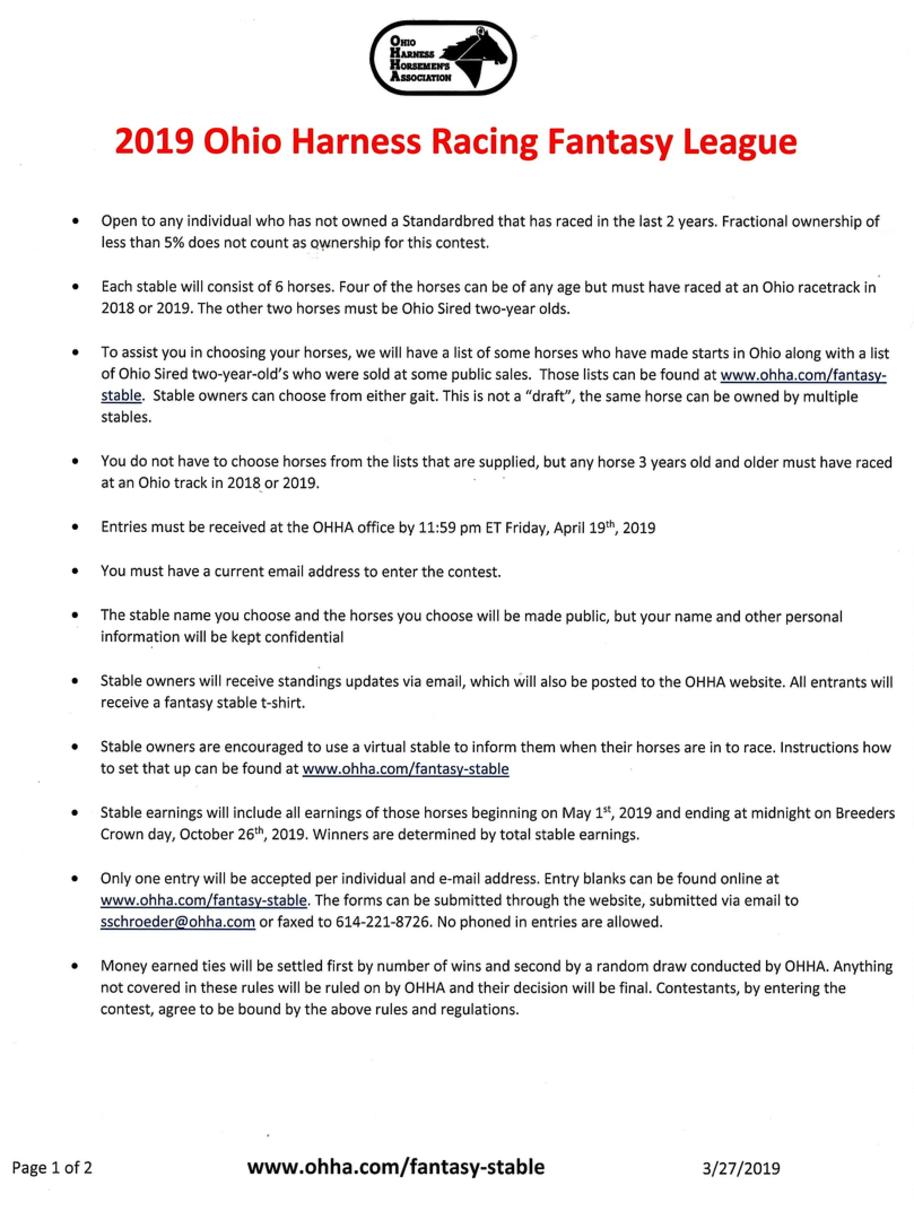 GOOD LUCK TO ALL! 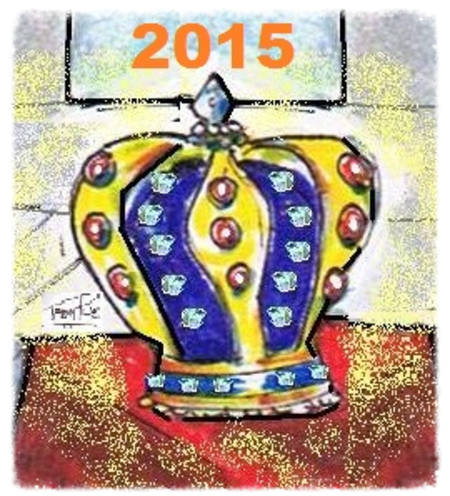 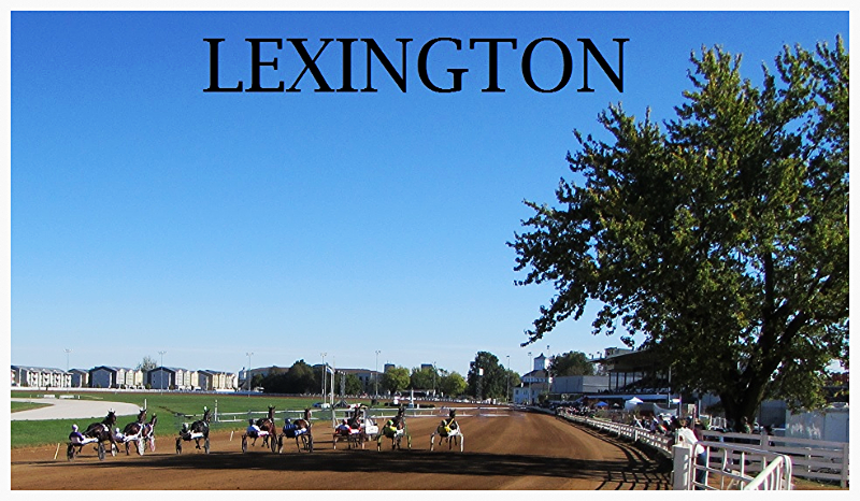 In an effort to delve deeper into the “magical sign” we contacted the legendary “Gypsy Rose” from Wooon-socket, Rhode Island. Gypsy Rose is not an exotic dancer – although some say she could have been one in her younger days  - nor is she an actual gypsy who is an expert on the zodiac signs. She is a well-traveled horse lady who dominated the Massachusetts/Rhode Island Fair Circuit years ago… many years ago when there actually was a Massachusetts/Rhode Island Fair Circuit, so to speak.

Jimmy Takter leads his FIVE  Kentucky Futurity three-year-olds through their final warm-ups before the race.

A Tale of Patrick Henry of Virginia.

I'd put a disclaimer in here but why bother... incidentally: DO NOT try this at home!

So... the best percentage month? May with 4 winners from 29 starters. 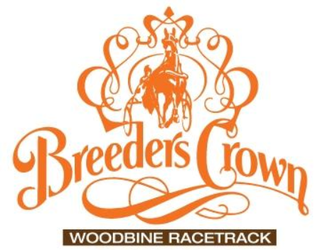 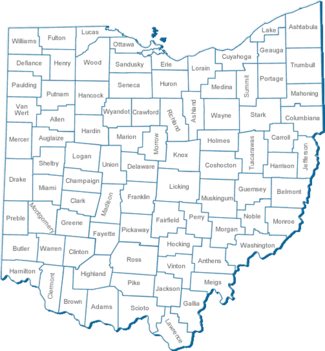 Most of the land west of the Appalachian Mountains that was acquired by the British/Americans after their victory in the French and Indian War [1754-1763] became part of Virginia.

At the end of the American Revolution in 1783 it was all called Virginia including Kentuke County.

The Farms around Lexington...

are beyond description... we'll let the pictures tell the tale. 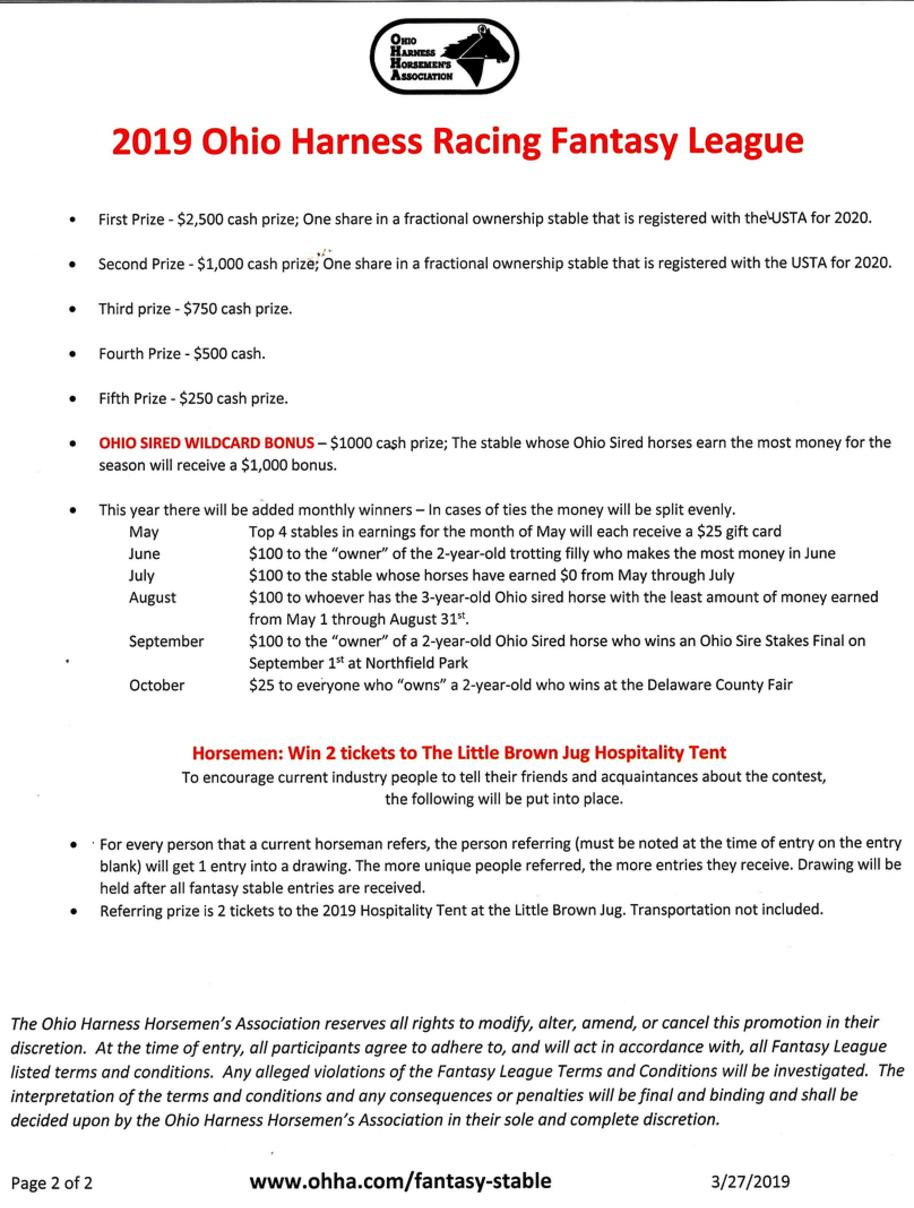 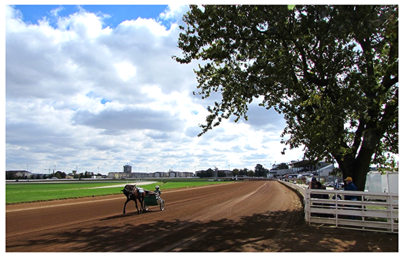 Oh, Gypsy Rose…don't let us down:  Which sign showed most in

The sky’s the Limit, for Aries great
He dominates the night with 38!

Donerail, Kentucky was named after the town in County Cork in Ireland called Doneraile which means Fort on the Hill. Its neighboring town is Buttevant [Church of the Summits.] The horse race known as the Steeplechase originated in 1752 between the church steeples of the two towns which is a distance of about four miles.

As Chief say when Pluggy take leaky canoe out in middle of river: "You're on your own after that!" 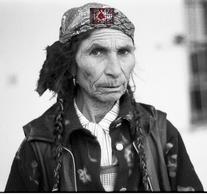 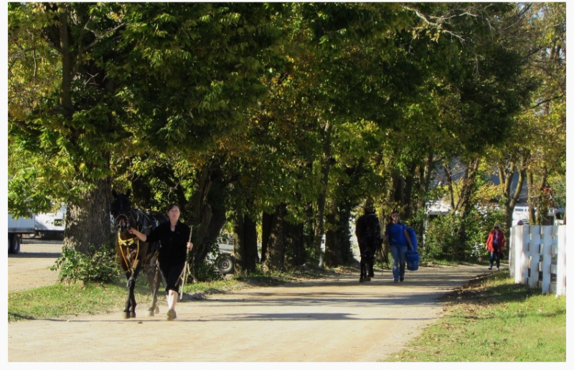 The Results are in...

But Henry's generosity went back even further than that... it was told that on the eve of his rousing speech to the Continental Congress in Richmond in 1776, he held a birthday party for his precocious ten-year-old niece.
As a surprise gift he offered her a choice of her favorite horses and he had brought into the elegant ballroom two of his prized trotting mares: Lady Liberty and Miss Elizabeth Lee.
"But," he added to the wide-eyed child, "you can also have..." and from behind a curtain came

His Royal Majesty,a rather flea-bitten old mule that everyone called... ‘Roy.’"
Her face fell flat.
"Which one of them shall it be?" laughed Henry.
The little girl pouted and then stamped her foot as she held her fist high.

In a clear loud voice she called out:  "Give me Liberty or give me Beth!"
The crowd roared.
Patrick Henry paused with a thoughtful smile and then said "That has a rather nice ring to it!"
The following day... 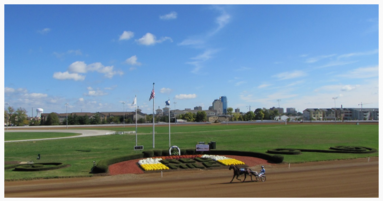 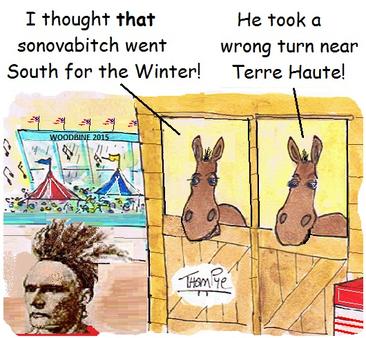 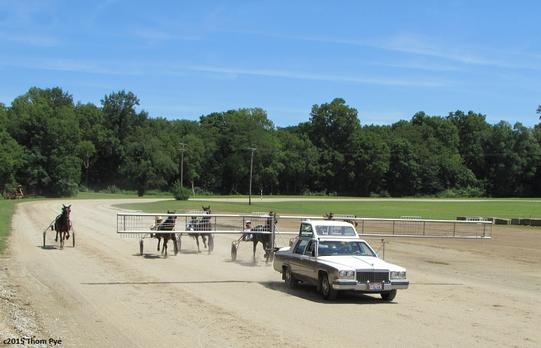 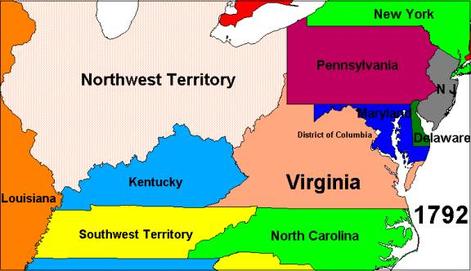 They say that Patrick Henry [1736-1799] - a prominent landowner/horse breeder/tobacco grower in Southern Virginia who was to become the first Governor of the new Commonwealth of Virginia in 1776 - was not only a Staunch Patriot in the American cause but a very generous man.

As The Red Mile's 2015 Grand Circuit came to a conclusion, the historic Round Barn was bathed in Evening's waning light. It has been witness to many a magnificent battle since it was built in 1880 and now, thanks to the efforts and support of numerous great horse people, it stands to host a lot more. 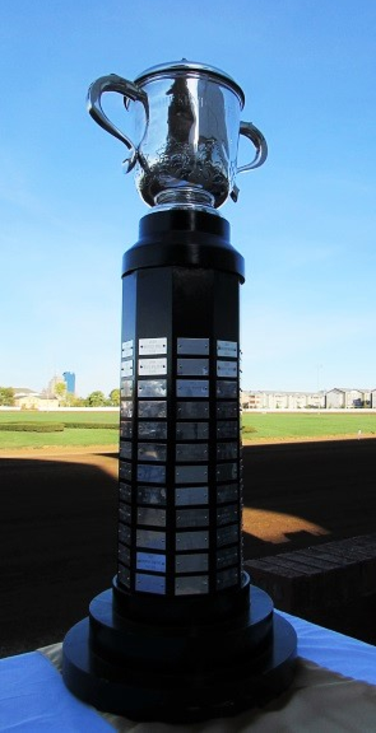 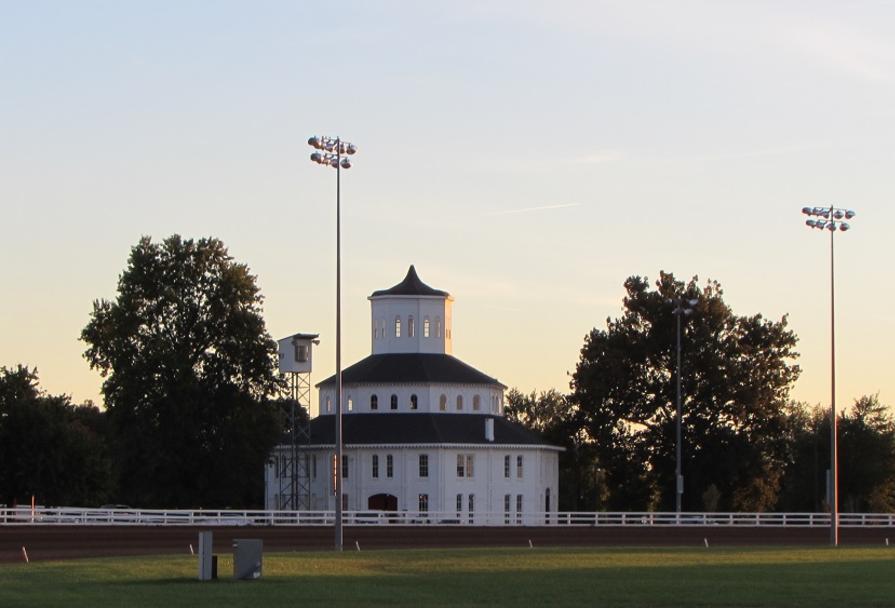 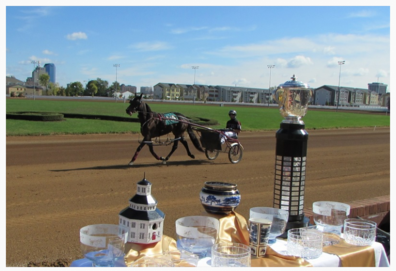 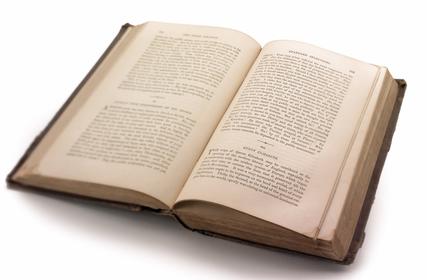 The Grand "Old Man"... the Ron Burke trained/Yannick Gingras driven nine-year-old gelding FOILED AGAIN  [Dragon Again - In A Safe Place by Artsplace] is led back to the barn after being beat just THREE lengths won by JK ENDOFANERA [Brett Miller] in 1:48.3m.

While The National Road began in nearby Cumberland, Maryland in 1811, the restaurant was originally a produce stand that started in 1916. The Inn was constructed in 1920 but the road was often too steep a grade for some of the era automobiles to make.
A plaque reads that in the 1920's and 1930's  "how surprised the travelers were when they reached the summit and found a hotel and gasoline station atop!"

The views are fantastic...

One of his Land Grants that he awarded in the new territory of Kentucky County was a 9,000 acre piece of prime countryside just north of the area to become Lexington was to his brother-in-law, William Christian [1743-1786]
In 1892 400 acres of it would be bought by Lamon Harkness [1850-1915] and would eventually expand to 5,000 acres in Donerail, KY. It would be named Walnut Hall Farm and become harness racing’s leading nursery of champions for the first half of the twentieth century. 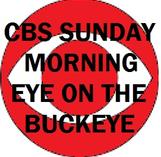 In June of 1775 three frontiersmen from Pennsylvania stopped by a nearby spring and while there they received word of the Minutemen's victory over the British in Massachusetts. They named their encampment “Lexington” in honor of that town.

It became a small fort in Kentucke [Delaware/Lanape for “Place of the Meadows”] to protect themselves from the hostile Natives and would evolve from a wild western frontier town into the “Athens of the West” where its calcium-rich grasses contribute to some of the World’s finest horses of any breed.
A hundred years later in September of 1875 the Lexington Trots and The Red Mile hosted the first meeting.
The Kentucky Futurity for three-year-old trotters has