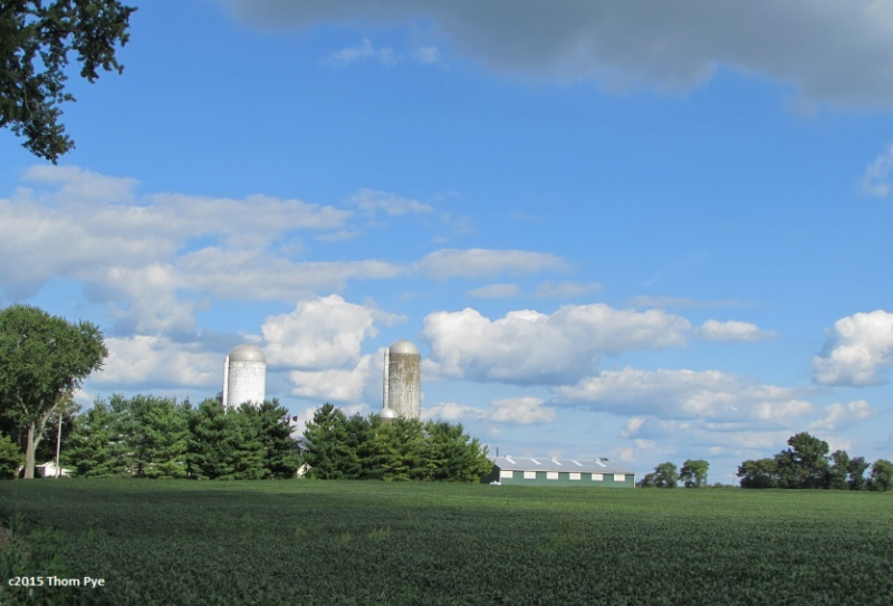 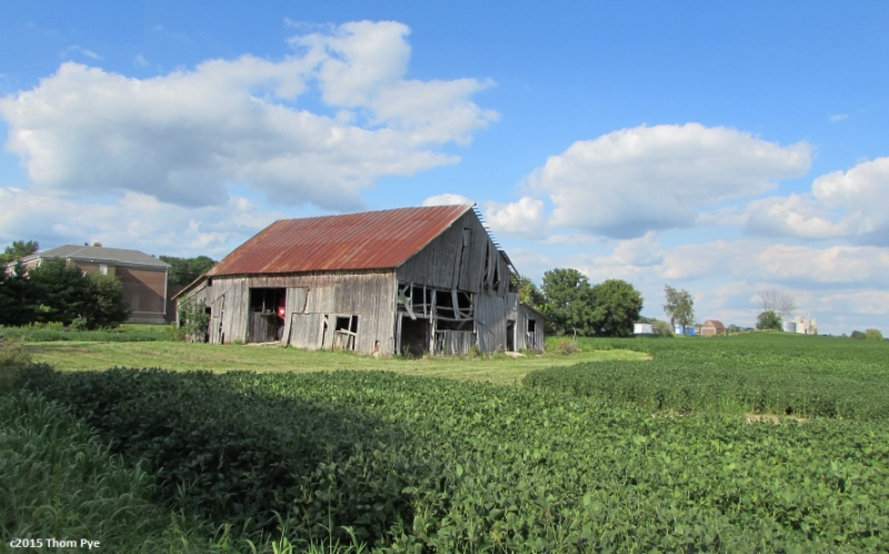 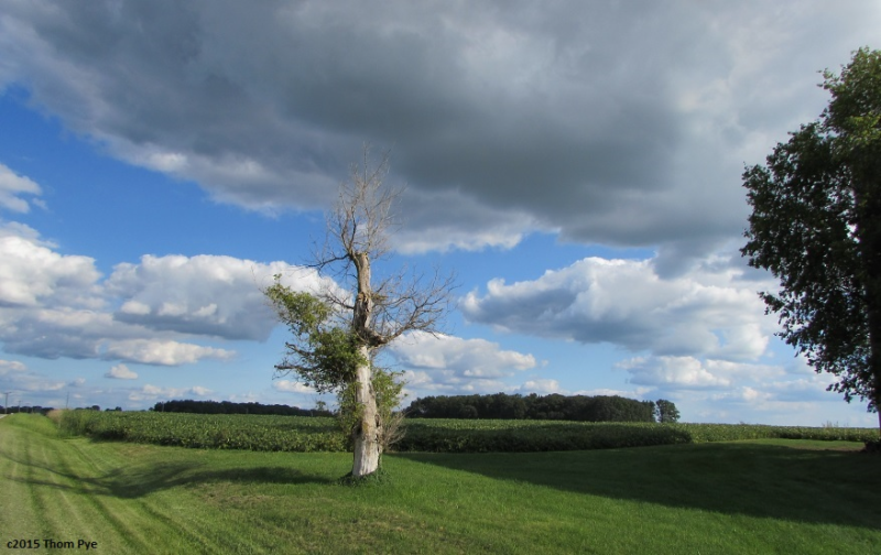 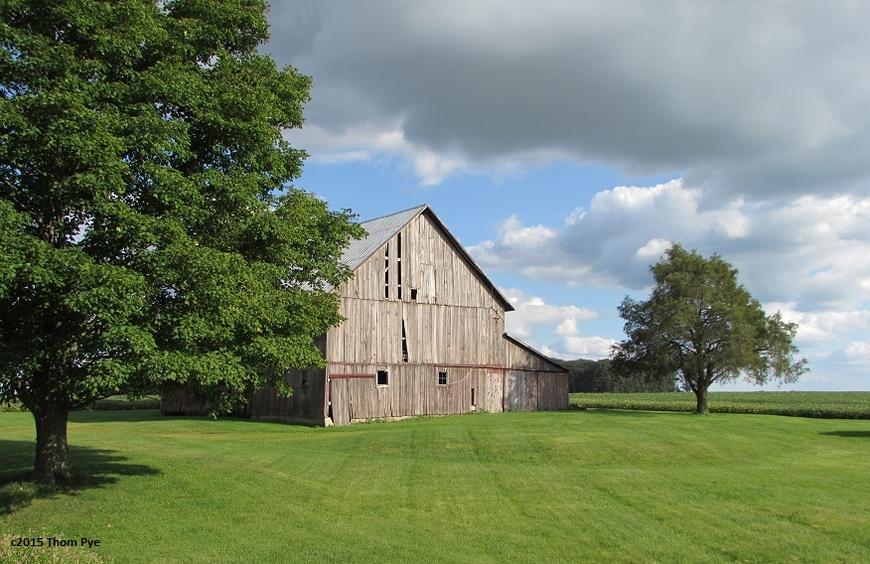 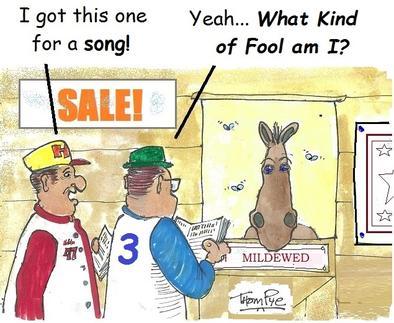 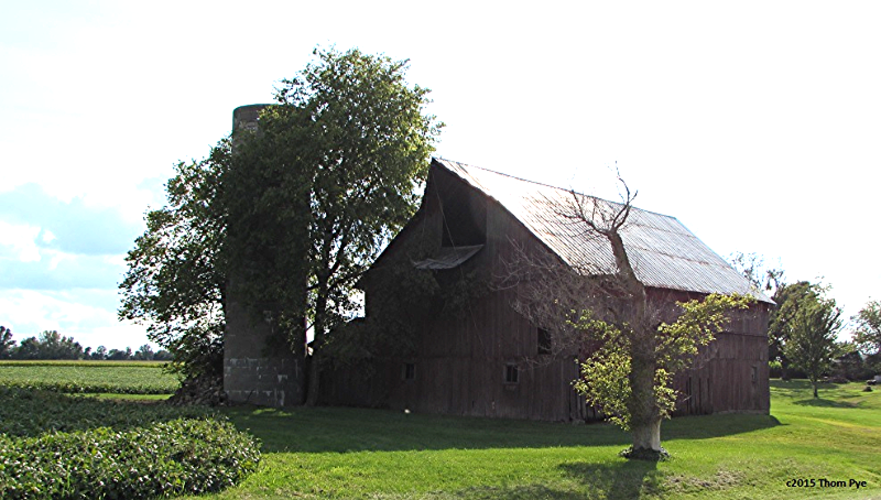 Scenes along the way...

The Allen County Fair was first organized in 1851 and has had several homes throughout the years as it moved to various locations in the Lima area. Since 1950 it has been located on 125 acres, one mile east of town, and hosts over 200,000 visitors annually.

It also was the first city in Ohio to have electrified trolley service.

It is the Seat of Allen County, honoring Colonel John Allen [1771-1813] of Kentucky, who was killed and scalped while fighting in Michigan under the command of General William Harrison [1773-1841] “Old Tippecanoe” became the 9th President of the U.S.

The Lima Driving Park was home to harness racing from the early 1890's to 1921 and hosted some of the best horses in the world.

In 1903 the Immortal Dan Patch arrived in his private railroad car and set the track record of 2:04.

The present site of the Fair began in 1950 as racing was introduced again for the 1952 edition. The current track is patterned after Delaware, Ohio. 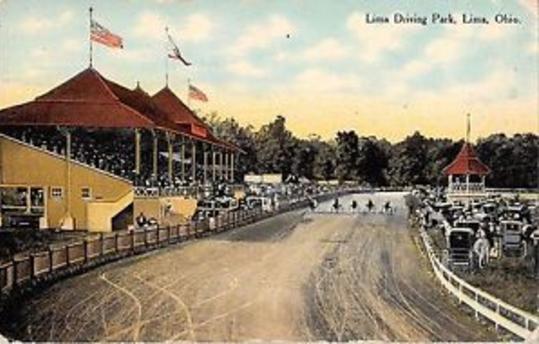 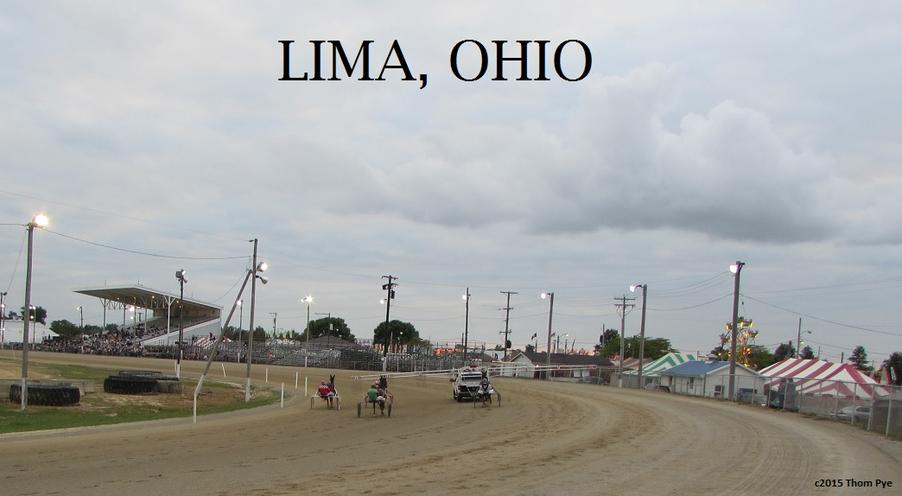 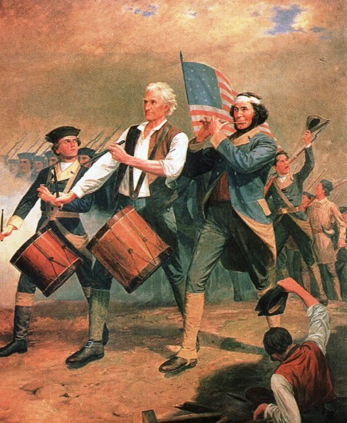 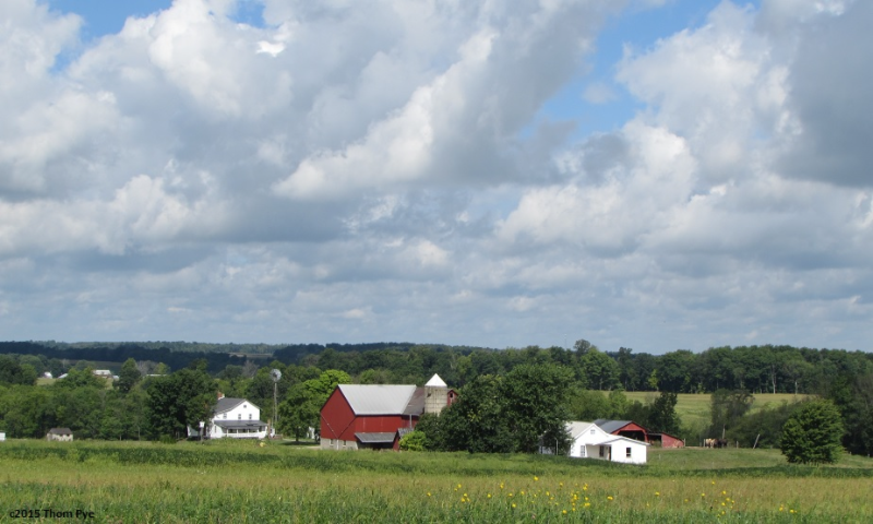 Archibald Willard [1836-1918] born in nearby Bedford, Ohio was a Sergeant in the 86th Ohio Infantry during the Civil War. He participated in an expedition to Cambridge, Ohio to intercept Confederate General John D. Morgan [1825-1864] and his Morgan’s Raiders as they penetrated into the Northern States.

Following the War he lived in Wellington and, after watching a parade through the town center, was inspired to paint the

It was exhibited during the 1876 Centennial Exposition in Philadelphia and became “the painting that stirred the Nation" and brought fame to Willard as well as Wellington.

His father, the Reverend Samuel R. Willard [1801-1876] was the model for the white-haired drummer. 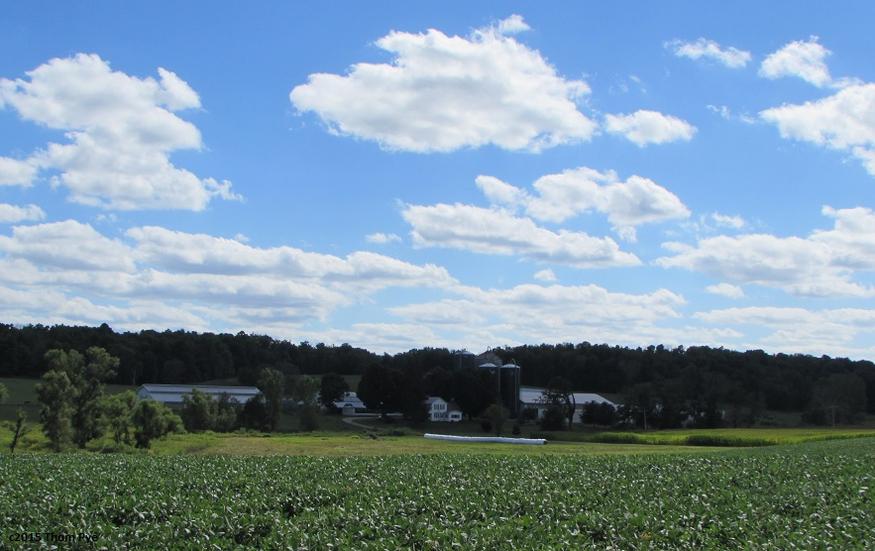 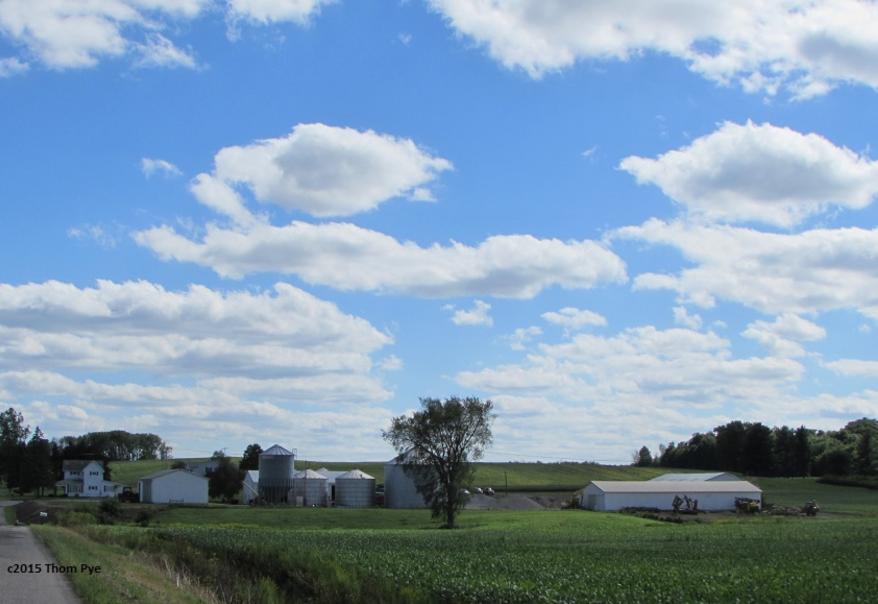 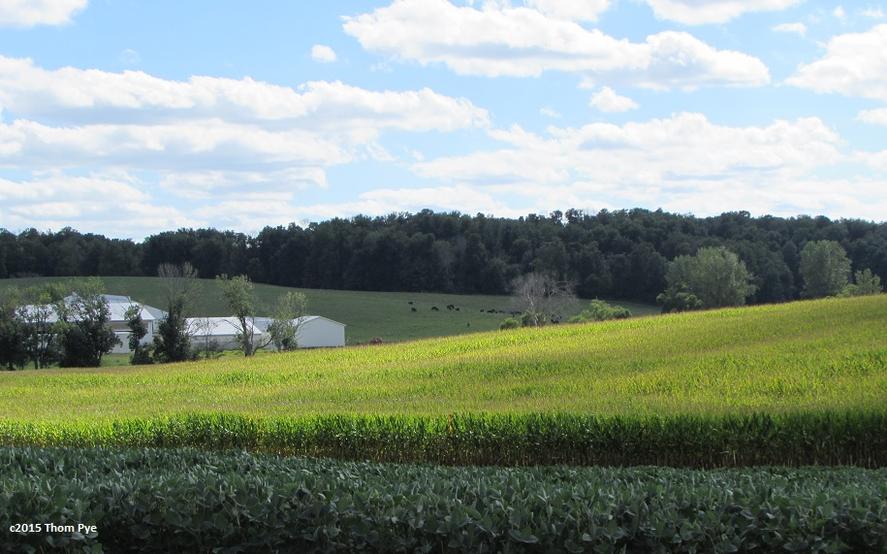 The Lorain County Fair was begun in 1846 and is held every August two Mondays before Labor Day. 2015's was the 170th edition. Located in Wellington it is the second largest County Fair in Ohio.

Strange as that seems but it was way before their Sports Teams or rivalries began. In fact, the local group they had to worry about in those days were 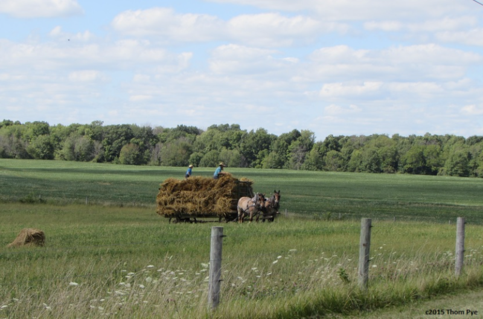 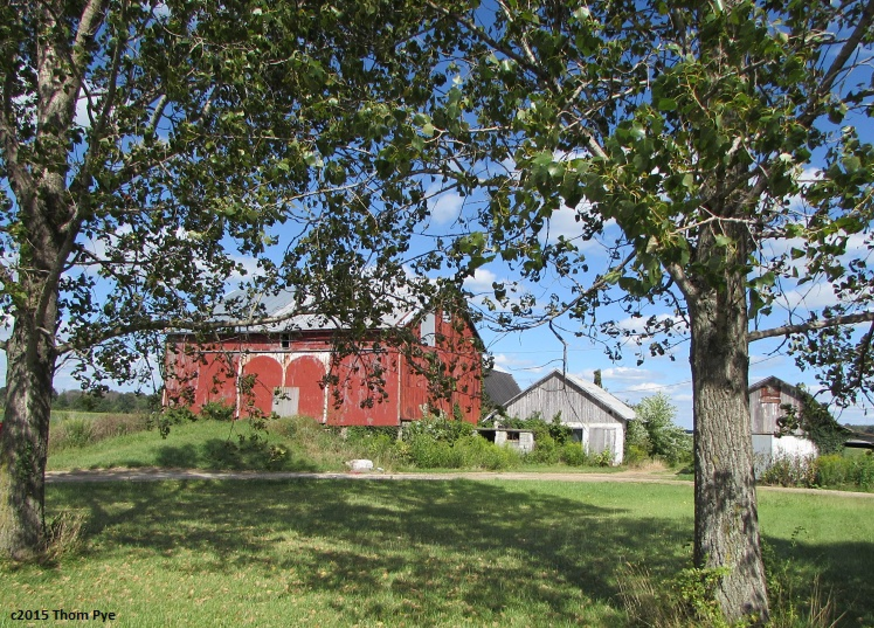 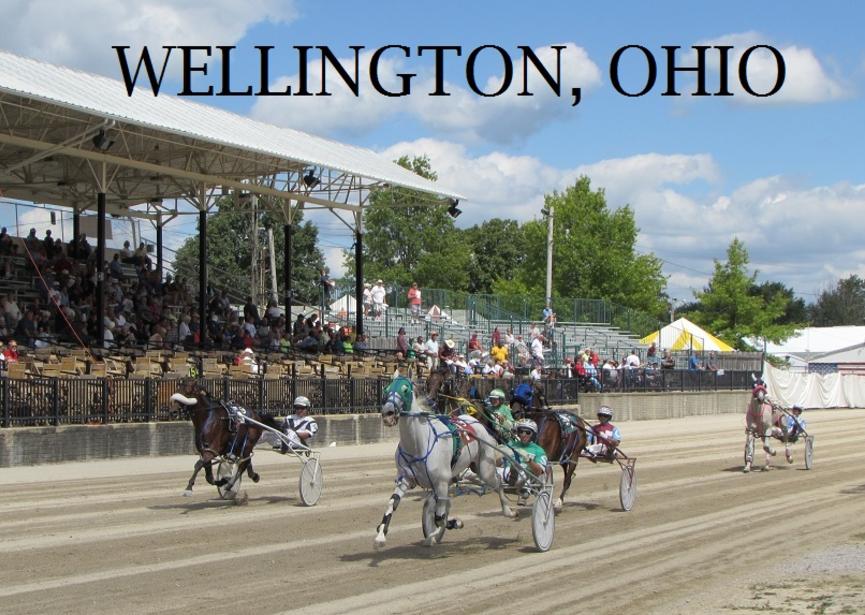 And rumor has it that years ago in 1883, Old Mrs. Gurney started selling her Homemade Croton Berry Pies at the Fair.

It was the one and only year.

And there were no return customers. 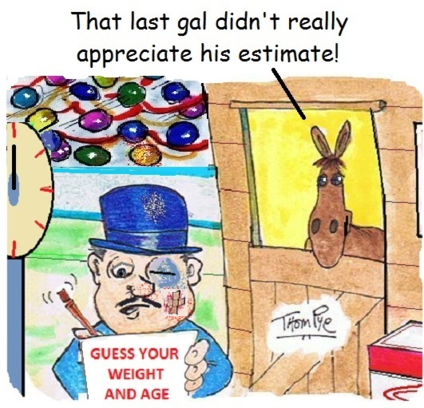 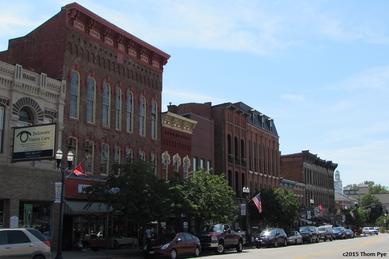 James E. Roberts [1849-1922] partnered with Herman Munk in 1874 and began the Munk & Roberts Furniture Co. making bedroom sets for Marshal Fields in Chicago. When he sold the business and buildings to The Rex Carriage Co. in 1898 it employed over 150 people. He retained a position on the Board of Directors as the company diversified and began making automobile roof tops for the Ford Motor Corporation as well as cabinets for Philco products.
He invested wisely in real estate especially in Indianapolis and was a generous philanthropist.
In the Spanish-American War in 1898 he was appointed an Adj. Inspector General with the rank of Lt. Colonel.
The James E. Roberts School in Indianapolis, a modern state-of-the-art facility for handicapped children, was built and dedicated in his honor in 1936.

Harness racing was first held in 1853 in Connersville but after a few years had a 20 year absence until the late 1880's. It has been held at Colonel James E. Roberts Park continuously since 1903 when he donated the land for the park. Roberts was a man who was a true American success story: starting out as a miserable little clerk in the local dry goods store he ended up as one of the richest men in Pottersville, er... Connersville. 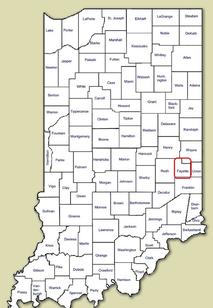 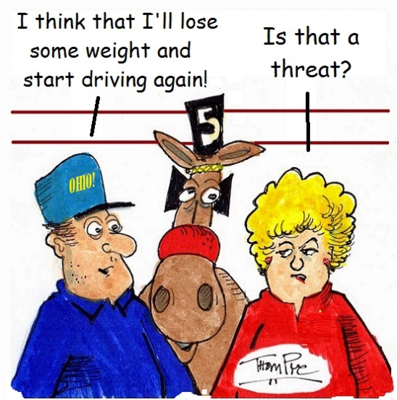 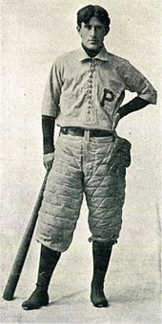 A little known fact: Author and Dentist Zane Grey was an outstanding pitcher at The University of Pennsylvania [Class of 1895] but in 1893 another 5 feet was added to the distance from the pitcher’s mound to home plate to make it 60 feet 6 inches.

While major league hard-throwing superstars [who prompted the increase]  like Cy Young, Amos Rusie [his beanball once knocked a man out for four days] and Jouett Meekin [the first two pitches to a batter should come "within an inch of his head or body”] had no problem adjusting to the new distance, Grey had to switch to the outfield. He still pounded out hits. 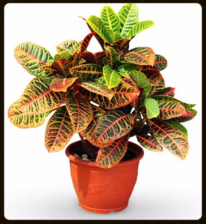 In the Amazon the red latex from the species Croton lechleri, known

as Sangre de Drago (Dragon's blood), is used as a "liquid bandage" as

well as for other medicinal purposes by the native peoples.
It is such a strong purgative that just ONE drop on a comatose person's

tongue will have an explosive reaction one hour later...

I was  thinking about those people that snore so much.

The Village of Hartford in Licking County Ohio began in 1824 but since there already was another Hartford in Ohio to the East, the name was changed to Croton in 1843.
The Greek colony of Croton in ancient times was famous for the inhabitants physical strength and for the simple sobriety of their lives.
In 1858 The Hartford Independent Fair was held on 25 acres and represented 4 different towns. That year the FFA Trot went in 2:38… the scenic and well-kept Fairgrounds has expanded through the years to 183 acres and 15 towns.
While Croton’s population hasn’t really changed from about 400 folks since 1920, this year The Fair drew over 7,000 attendees on a Friday night alone.
And the track trotting record in now 1:59. 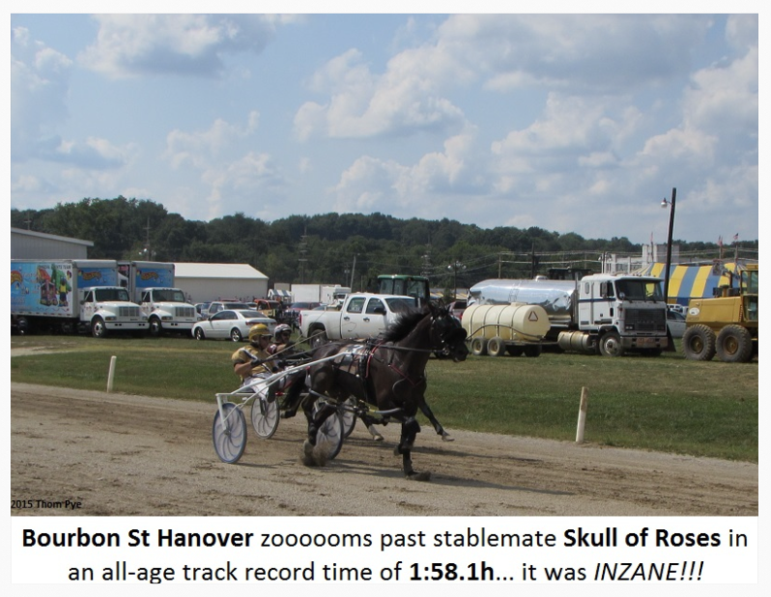 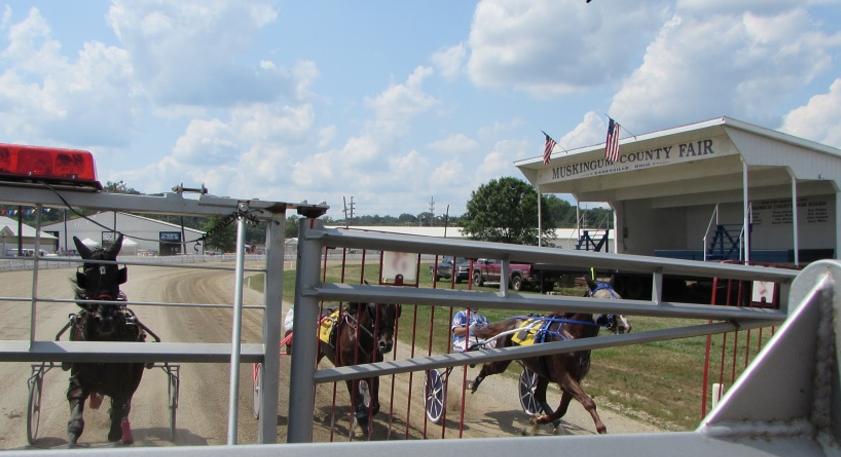 Zanesville, Ohio was named for Ebenezer Zane [1741-1811], a Revolutionary War soldier who was a pioneer and road builder. John McIntire [1759-1815] was his son-in-law who was deeded the land from Colonel Zane named the town in his honor in 1799.

Author Zane Grey [1872-1939] – President Dwight Eisenhower’s favorite writer – was born in Zanesville and was a maternal descendent of The Colonel.

Muskingum County  [Muskingum meaning “town by the river” or “elks eye” in the Delaware Indian dialect] has hosted The Fair since 1849. This was the 169th Blue Ribbon edition.

An enjoyable nostalgic trip back to when it was County Fair in the Summertime!

2015's Fair will be from Saturday September 19th and go through the 26th. There'll be five days of World Class Harness Racing culminating on Thursday September 24th and the 70th Edition of The Little Brown Jug.
That is the Day that the Spirits of the Immortals - both Horse and Human - arrive on these Hallowed Grounds.

While The Hambletonian was about to be contested in New Jersey the afternoon of August 8th, Saturday morning still called for jogging and training at The Delaware County Fairgrounds...

The Calm before the Perfect Storm... 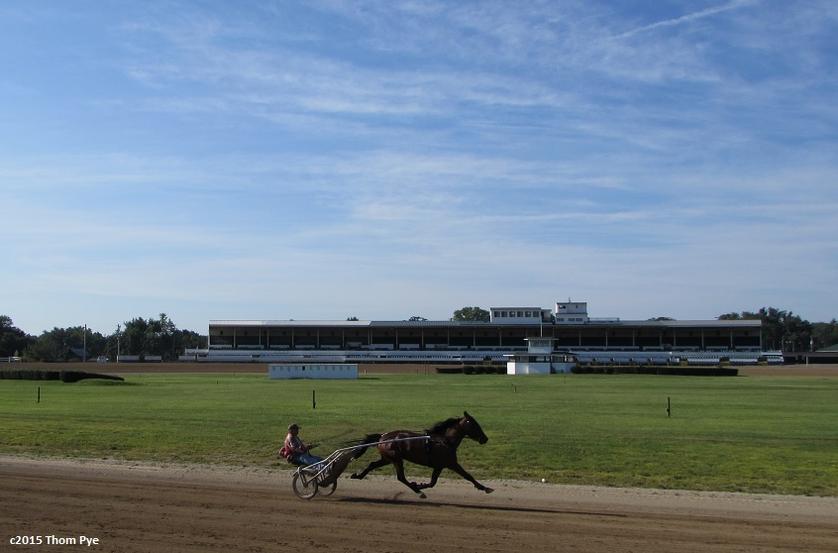 Champaign is from the French meaning "flat" as the settlers in 1808 surveyed mostly level ground. Urbana is named after a hometown in West Virginia.

This was the 174th edition of the Fair.

The Campaign in Champaign County 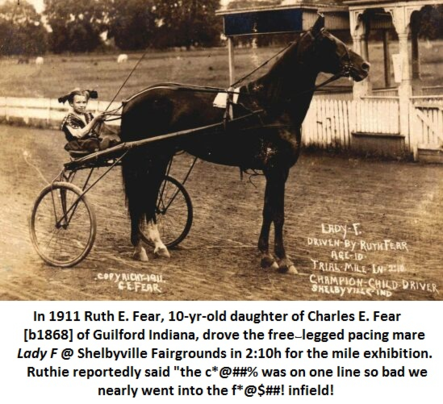 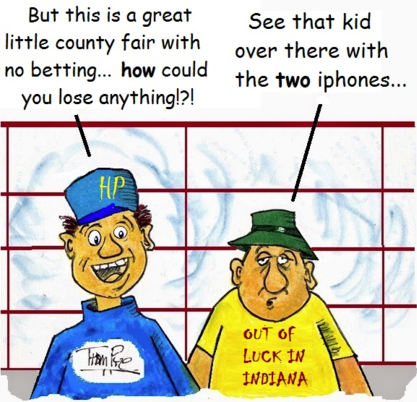 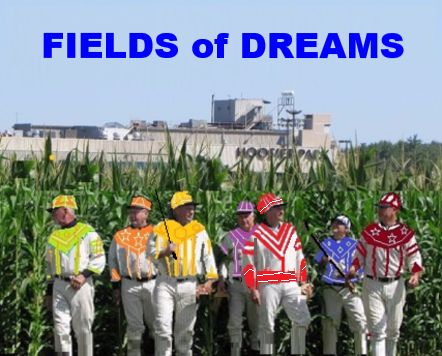 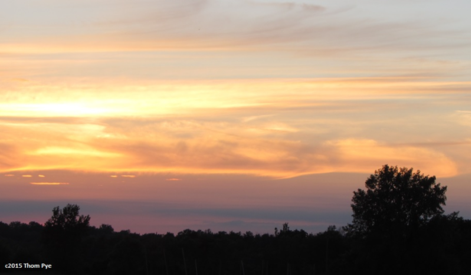