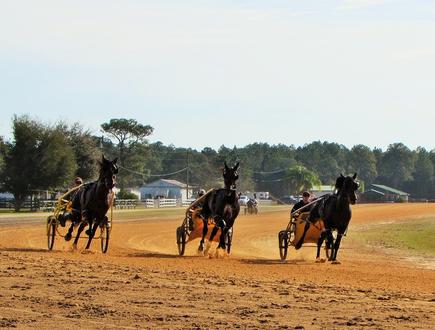 A Tick in Time
She was a little black filly by Race Time out of a Tar Heel mare, built like a deer, but with perfect conformation. Training down in Pompano that winter of '75-'76 she kept pace with the rest of the two-year-olds. When it came time for the baby races that spring at Brandywine she took a mark of 2:06f but, along with 70% of the other two-year-olds, didn't have that extra gear that separates them from the crowd.
Those that showed promise were soon on the road for their stakes campaign while the "lesser crowd" languished at the Farm to race Early Closers at the nearby racetracks. She held her own, earning a little over $17,000 during the summer but racing her on the Circuit (where she would not have been competitive) was cost prohibitive. In the Blue and Gold Stable, in those days, a two-year-old had to earn $35,000 to break even for the year.
So she was sent up to Vernon Downs - home of the "Miracle Mile" - in New York with about six other young hopefuls at the end of August. The plan was to get "a decent mark on her" and, because of her cream-of-the-crop lineage, sell her to a major breeding farm.
Vernon, which opened in 1953, was the only track on the East Coast larger than a 5/8ths that hosted an extended pari-mutuel meet in "those days." The Meadowlands in New Jersey would not debut until later that year. 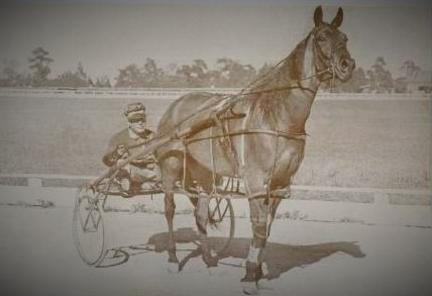 There is a possibility that the Fountain of Youth was an allegory for the Bahamian love vine, which locals brew today as an aphrodisiac.  Ponce de León could have been seeking it as a potential entrepreneurial venture. It was believed Indian servants brewing a "brown tea" in Puerto Rico may have inspired Ponce de León's search.

It has been speculated that the conquistador mistook the natives' "vid" (vine) for "vida" (life) – transforming their "fountain vine" into an imagined "fountain of life."  Then the wired-up Spanish, along with the Native women, would dance to ancient ritual music for hours upon end... and it is still  celebrated to this very day:

"Summie" would need a Murphy Blind and a lot of care.

In 1961, after the now World Champion 7-year-old captured the International Trot, Mr. Baker grinned at the 34-year-old Stanley as they walked off the track and asked "how do you like him now, Jocko?"

The fleet reached the Caribbean in November, 1493 and landed on Puerto Rico. He became the first Governor of Puerto Rico by appointment of the Spanish crown and led the first known expedition to La Florida (which he named) - Spanish for "flowery land" -  and his search for The Fountain of Youth had begun.

Second trainer Frank and his wife Joy brought the entourage up to Vernon along with two grooms, Maggie and Cheryl, and the awnings and carpets and flowers boxes and set up the stable. My charge and I, along with four fellow New York Sire Stakes grooms and their animals, arrived from Saratoga a few days later to join them.
The weather cooperated all week and the track was lightning fast and, when "my" filly took a new lifetime mark of 1:59.1, she made the local papers. It was the 608th 2:00+ mile in the track's 24-year history.
She won by six over her competition that night and it was my first 2:00 victory. It also was the first time Shalee really dominated a field. Of course I walked around like I owned the place the next day.
In the meantime, as I took her on tour that morning, Frank and Joy were busy getting two ready to qualify - both in the same race - and had to go their warmup miles together.
Frank asked me to do him "a favor and go a trip with the colt?" as he took the Race Time filly.
"Oh, okay," I finally conceded. I mean who doesn't want to train a Meadow Skipper colt... out of a sister to Bullet Hanover?

Just the year before I had been training - or trying to train - $1,500 rats in Saratoga.
His name wasBye Bye Love and he wore leather hopples (just like his daddy) had a nice mouth, but was one loose-assed, weak-stifled son-of-a-gun. You had to keep an eye on him or he would roll out of the hopples (as Frank had told me) ... and that was just going a mile in 2:20! 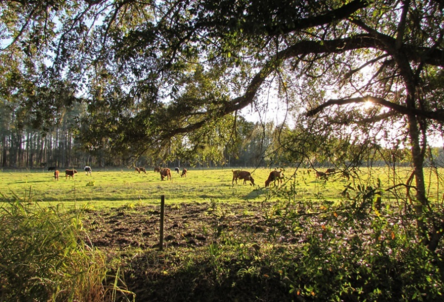 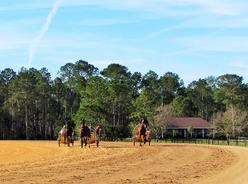 The locale began as a health resort in 1890 by John T. Patrick [1852-1918] of Wadesboro, NC and his booklet Southern Home-Seekers' Guide was widely circulated in the North.

This photo hangs in the Log Cabin at Delaware County Fairgrounds as well at Mickey D's on Rt. 23 in Delaware, Ohio.

A few of the faces are easily recognizable such as the 31-year- old John Simpson Sr. & a 37-year-old Delvin Miller who would score his first LBJ victory that year with Dudley Hanover.

The other gentlemen were identified by numerous "old timers" but the scowling 2nd fella on the left remained a mystery... until this week... thanks to Billy Herman @ Spring Garden Ranch.

His name was Murel Walters [1914-1969] who hailed from Franklin, Indiana [once home to Indiana's fastest half-mile track] and even at the young age of 16 he listed his occupation as "horse trainer." He would go on to train out of Indianapolis for K.D. Owen and campaign a large stable on the Grand Circuit.

Also at Spring Garden is Bill Beckley, another Ohioan who's been on "The Circuit" for years, who added that Walters was "kind of shy" and wouldn't appreciate his picture being taken.

Thanks to all who added their input. 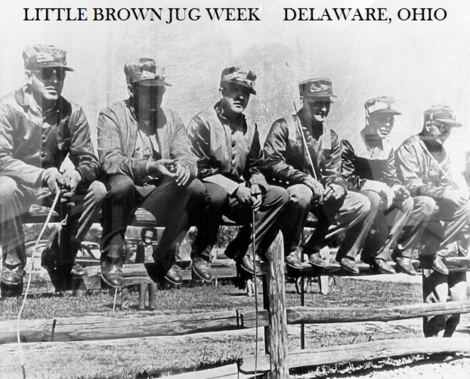 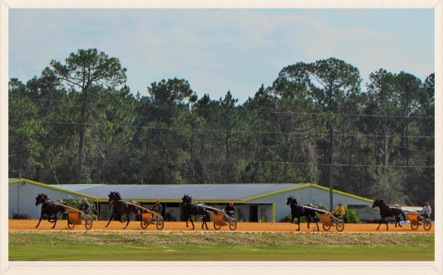 In 1874, William Backhouse Astor, Jr. from New York City's wealthy Astor family purchased over 12,000 acres [18 sq. miles] of land which he called Manhattan.  New settlers arrived by steamboat and the area grew. Astor died in 1892 and the town was named in his honor.
His son John Jacob Astor IV inherited his father’s estate and continued to promote the town until he lost his life in the sinking of the RMS Titanic in 1912. 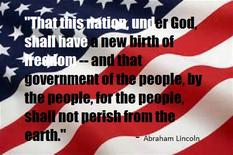 In 1895 James Walker Tufts [1835-1902] a successful businessman from Medford, MA, read the ads promoting the health benefits of the area. In June he toured Sandhills with Patrick and by July he had purchased over 5,000 acres of land for $1.25 an acre. He hired Frederick Law Olmstead [1822-1903] to design him a village.
Thus, for about $7,300 dollars [$294,000 in 2016 monies] and created by the man famous for Central Park in New York as well as The Fenway in Boston, Pinehurst Village had its beginnings.
The  Pinehurst Harness Track officially open in 1915 and by the late 1920’s it was the Winter home for many of the Sport’s leading owners, trainers, and drivers.

In 1959 when 55-year-old second-trainer Dick Baker brought the five-old-gelding back to New Egypt, NJ from Chicago and Stanley Dancer had gone a trip with the semi-rank trotter, Baker he looked at his boss for his opinion. Stanley studied the bad-footed giant carefully as caretaker Roger "Shadow Roll" Pritchard led him off the track. 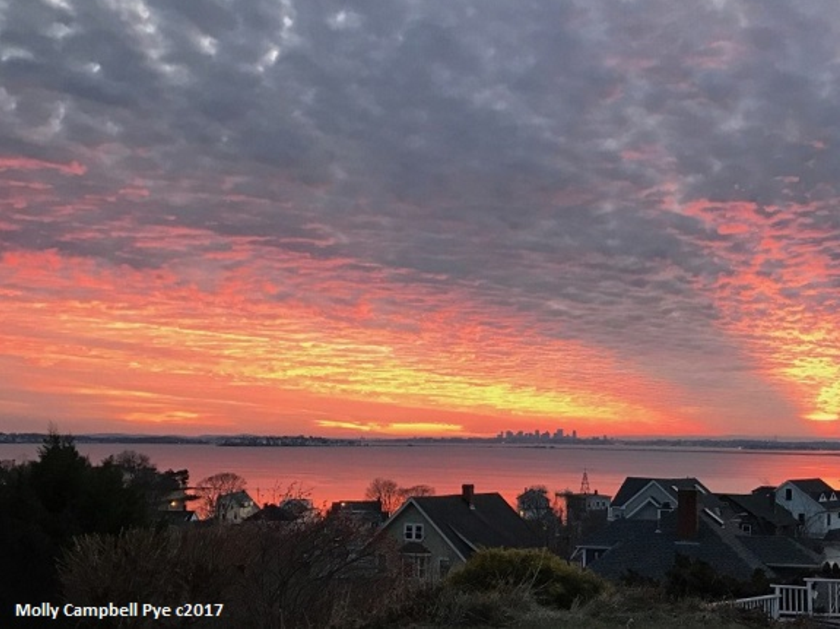 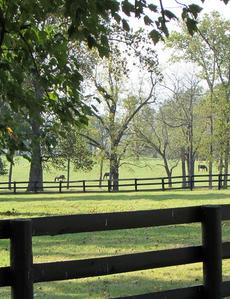 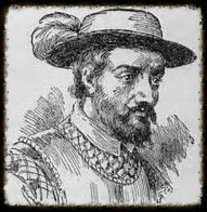 ...you will LOVE harness racing!

I'm driving back from the "Big City" [Deland, Florida] along County Road #3  in the afternoon and pass by some very scenic flora and fauna.
The light in the field with the greenery seemed to offer a good photo op so I stopped my truck in the middle of the road, backed up 1/4 of a mile, got out, and took about 20 pix. As I stood admiring the vista, the 35 cars lined up behind me started honkin' and screamin' at me to move. 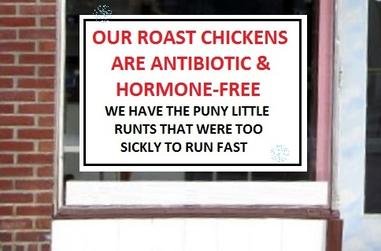 Little Pat - trained by Charles Lacey - won the most races in the country in 1937.   Driven by Doc Parshall  (from Urbana Ohio) & owned by oilman Homer Biery Stable of Butler, PA.

When I mentioned that to his catch-driver, Vernon's perennial leading teamster, he just grunted.
But that chute and a quarter in :29 and a xxxx cost him getting lead and the Race Time filly was stuck cutting her own mile. Love didn't get the top until past a slower-than-wanted half. The filly then sat 2nd and came off his helmet halfway down the lane. She stopped the teletimer in 2:00.1 and I was in awe that she could drop that much off her record.
"That's a helluva mile!" I said to Frank as he handed the lines to the girls.
He shook his head in disappointment.
"No Pye," he added slump-shouldered. "We got her sold for $35,000 when she took a decent record BUT if she taken a mark of 2:00" - one fifth of a second faster - "we could have gotten $85,000 for her."
I was speechless yet it was my first lesson in economics and the value of breeding in a horse.
Bye Bye Love took a record of 2:02 and a piece that year but would get stronger as a three-year-old to take a mark of 1:59.3m and earn over $55,000. His Windshield Wiper half-sister Eyewash would eventually become the granddamn of Jenna's Beach Boy.
That Race Time filly went to Hanover to be bred initially to Albatross and then to Tyler B, Bret Hanover, Precious Bunny, Big Towner, and Western Hanover in subsequent years.
Her name was originally Dancing Pump but, as the story goes, her owner from Pennsylvania bought her instead of the fur 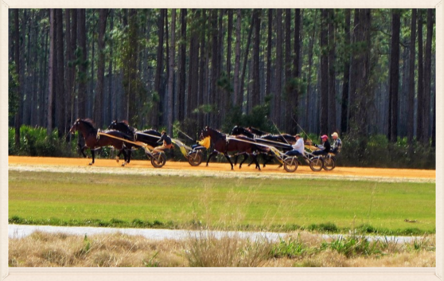 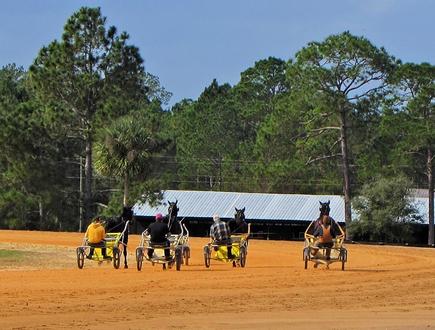 If you like Harness Racing then come to Ohio... 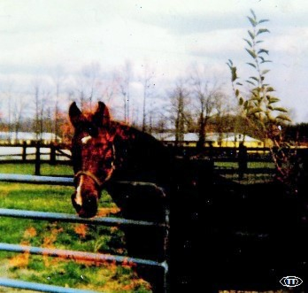 coat that his wife had wanted. To make it up to the missus he renamed the filly Sandy's Sable.
And she would become the Hall-of-Fame Broodmare of Sable Hanover, Bruces Lady, Cole Muffler, Sandlark Hanover etcetera, etcetera and Dragons Lair... who would sire Dragon Again... who would sire Foiled Again, harness racing's all-time money-winning horse.
Quite the bargain at any price.

Juan Ponce de León (1474 – July 1521) was a Spanish explorer and conquistador.
In September 1493, some 1200 sailors, colonists, and soldiers joined Christopher Columbus for his second voyage to the New World. Ponce de León was a member of this expedition, one of 200 "gentleman volunteers."